Located 40 km away from Buon Ma Thuot city (Dak Lak province in Central Highlands of Vietnam) to the northwest, Yok Don National Park is Vietnam’s second largest national park and the only national park to conserve dry deciduous dipterocarp forests (DDF)* in the country. Stretching 115,000 hectares between the hinge of the Cambodian border and the Serepok River, Yok Don National Park is home to a wealth of wildlife including 89 species of mammals, 305 species of birds, 16 species of amphibians, 48 species of reptiles and 858 species of plants, hundreds of species of freshwater fish and thousands of species of insects. Many of these species are listed in IUCN Redbook.

In this tour, you will be taken to the best bird-watching spots in the National Park, where you’ll see a huge variety of colourful woodpeckers, drongos and kingfishers. Lucky watchers may spot even more rare species such as the oriental-pied hornbill, bee-eaters, rufous treepie, yellow-footed pigeon and green peafowl, etc.

* DDF are a unique forest ecosystem type harboring a vast variety of important and endemic species.

In July 2018, with the support of Animals Asia Foundation, Yok Don National Park stopped offering tourism rides with their three elephants and converted to a more elephant friendly model which allows visitors to observe elephants in their natural habitat and to have hands-on experience in taking care of those elephants. Together with this humane model, Yokdon NP is also offering other activities in order to promote the nature conservation.

Your participation in this tour will encourage such practices among nature reserves and national parks. On the other hand, it will lift the financial burden off from the state budget and ensure wildlife is better taken care of.

The tour starts in early morning. From Yok Don’s guest room, you will trek into the forest using the trail that the rangers often take. During the trek, your guide will share their knowledge of the national park, pointing out many species of plants and wildlife inhabiting in the forest. You will then be shown rare birds and where to spot them.

You can choose to start the tour anytime according to your schedule.

✘ Extra activities (not included in the itinerary)

✘ Tips via personal support to the community fund

✘ Facilitator in other languages available upon request 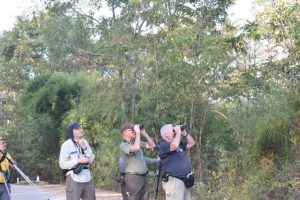 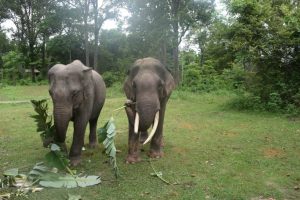 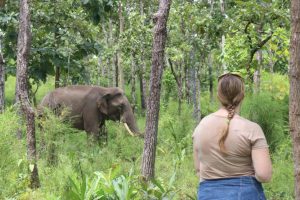 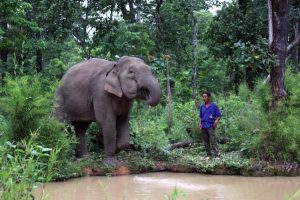